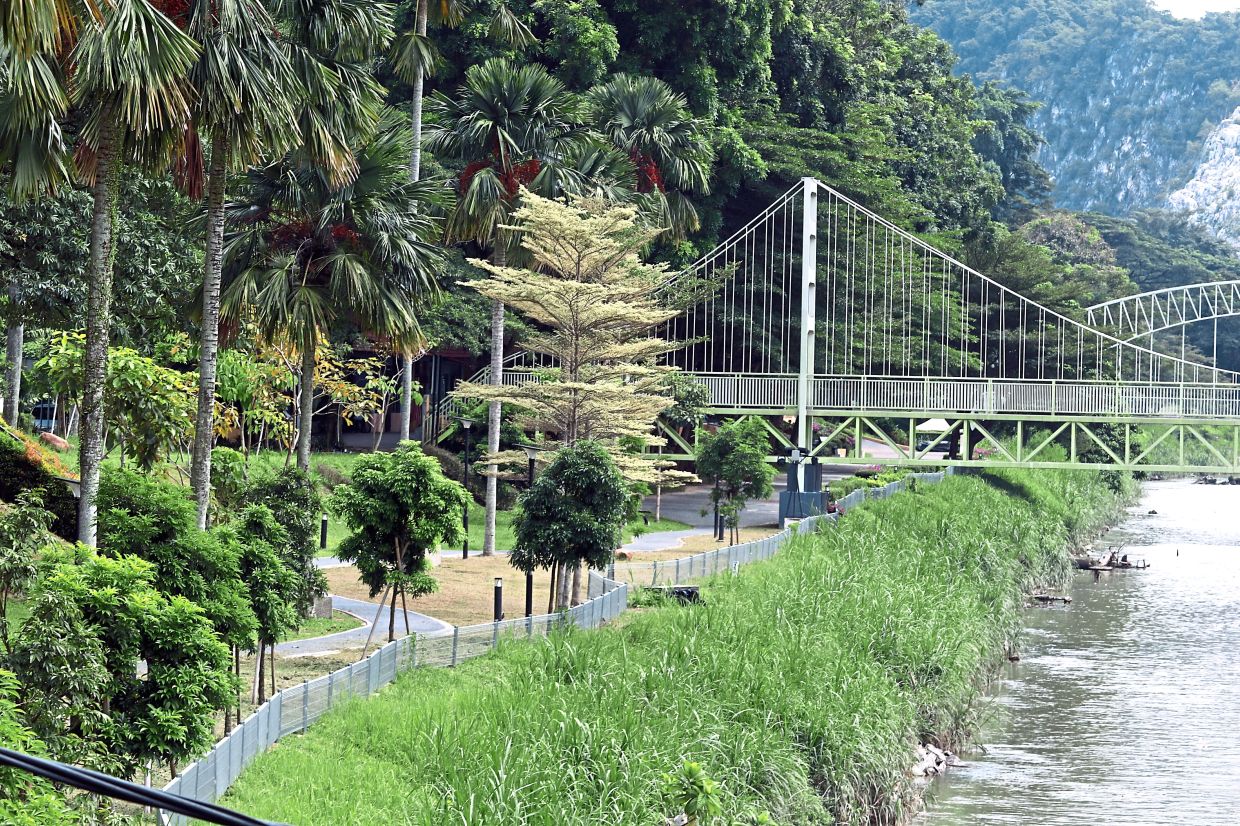 Under the concept, tourism products like cycling lanes along rivers can be introduced. – RONNIE CHIN/The Star

The Doughnut Economics concept is a framework for sustainable development that integrates environmental boundaries with complementary social and economic well-being concepts.

Among the environmental boundaries are climate change, land conversion, pollution, ozone layer depletion and biodiversity loss, while the social and economic concepts include gender equality, health and housing.

“Ipoh is not too big so it is easier to implement the concept.

“The city is roughly the size of Amsterdam, which has a 800,000 population while Ipoh has about 750,000,” she told a press conference after the Ipoh Sejahtera 2030 Symposium in Ipoh, Perak.

“Ipoh is rich in biodiversity as well as economic activities that can be used to support the concept.

“This is a good chance to generate new economies that are inclusive and sustainable,” she said.

“We can create an environment where the economy is not based on the gross domestic product but on the comfort of the people,” said Prof Jemilah.

Under the 2030 Perak Sejahtera development plan that was launched by Perak Mentri Besar Datuk Seri Saarani Mohamad in June, Ipoh will be the pilot city to adopt the concept.

There is also a plan to get Ipoh recognised as the first Doughnut Economics City in Asia.

Prof Jemilah said the city council had a lot of projects planned and the first thing it needed to do was to compartmentalise them accordingly.

“It needs to categorise (the projects) according to social, energy, environment, tourism, small businesses and others.

“For tourism, think of ways to make Ipoh a more popular destination,” she said.

“Cycling is a popular activity now and Perak has the cleanest rivers in the country.

“We could have a tourism product by having cycling lanes and businesses along rivers, while also getting the community involved,” Prof Jemilah said.

“As for the popular Concubine Lane, it should be more history-oriented, instead of just having stalls selling cheap souvenirs.”

She said for the concept to work, there needed to be a mindset change.

“I am glad that the state government, Mentri Besar and the Ipoh mayor are receptive of this concept.

“It is no longer about making money but our survival,” she said, adding that humankind has been decimating wildlife and the environment for many years, which could bring more calamities in the future.

“While the state government has responsibilities, the people should also do their part.

“There is no point in having a good drainage system if people throw rubbish like mattresses or gas cylinders into it, resulting in floods,” said Prof Jemilah.

Institut Darul Ridzuan chief executive officer Dr Maisarah Ahmad said when the state was drawing up the 2030 Perak Sejahtera Development Plan, it already had the Doughnut Economics concept in mind to provide balance socially and economically while taking into consideration the planet’s well-being.

“The Doughnut Economics concept allows us to move towards a regenerative economy.

“We cannot develop a nation or a state if we forgo the well-being of the planet,” she added.